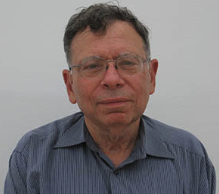 Author  Carl Wunsch, writes Stuart Cunningham in his January 2016 review of the book for Physics Today. Cunningham counts more than 250 papers and “an astonishing list of master’s and PhD students whose own merits are widely recognized.”
PT: In 2007 you were featured in a documentary called The Great Global Warming Swindle—you later claimed the producers twisted your words to support their agenda. What is your view of public discussion of climate change nearly 10 years later?
WUNSCH: An impressionistic view is that a wider public now has a greater appreciation that climate change is a very dangerous process for both humans and all flora and fauna. The spectacle of the Republican presidential speeches and debates, the continued dominance of people like Senator [James] Inhofe (R-OK), and foolish forums such as the Wall Street Journal editorial pages, remain dispiriting. I have long thought that the much younger, emerging generations were the best hope for the future. The intense debates in universities over divesting institutional endowment investments in fossil fuel—whatever the merits of that actual course of action—are one of the most encouraging signs of the emerging movement.
Perhaps, like parts of science, sensible social progress emerges “one funeral at a time” (paraphrasing Max Planck).
PT: What is your reaction to the goals that were developed at the recent climate change conference in Paris, particularly in relation to the role of observational oceanography?
WUNSCH: Paris seems to represent real progress, at least in the moral sense, and we can all hope that countries will live up to their commitments with concrete actions to follow. Real efforts to begin dealing with climate change are urgent and Paris is, perhaps, a breakthrough. A worry is that in the push towards emission limitations, technological advancement in energy, and carbon extraction methods et cetera, that the still primitive nature of much of the science of climate will be lost sight of.
The science, particularly the observational part, is extremely cheap compared to efforts involving shifts in the energy economy. And with all of the reasons to focus on the technical aspects of renewable resources, extracting carbon dioxide et cetera, a great deal of fundamental climate science still remains to be confronted. Much of it isn't sexy. It involves difficult long-duration measurements and new models that take years to construct and understand, and it’s in danger in many places of being regarded as not very relevant.
Furthermore, the unwillingness of the world to confront the zero-order issue of human population growth as an underlying driver of global change generally is discouraging. Population modelers keep increasing their estimate of the maximum expected population of the world in the decades to come. Adding billions more people can lead to the failure of even the most effective technologies.