DID THE WHALE OIL INDUSTRY KNOW
ABOUT GLOBAL WARMING BEFORE THE GENERAL PUBLIC?

Like predicting the immanent collapse of civilization, denouncing oil magnates has been a popular pastime since before the Civil War. 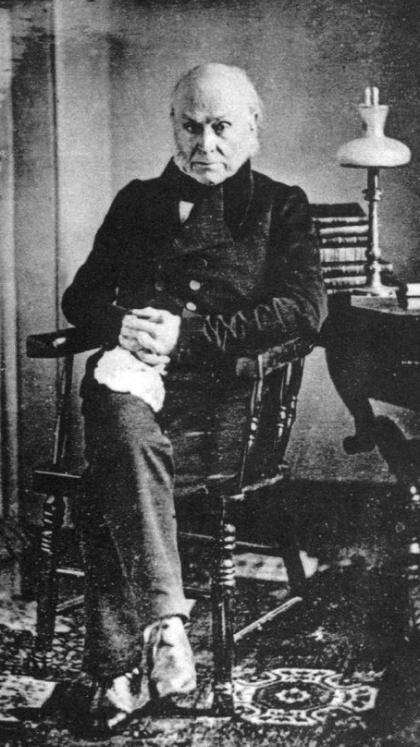 President John Quincy Adams shown here enjoying an energy efficient 22 watt lamp that ran on renewable organic fuel, was still in the White House when Fourier first adduced the Greenhouse Effect. At the time, things looked bright for America. Its whalers led the world in fueling the new illumination revolution.

Good riddance to high carbon footprint beef-based tallow candles-  with newfangled whale and Argand oil lamps, clerks could at last read and write 24-7, witness this document's clear hand :
In 1848, by far the brightest public room in the nocturnal world was the library of the Nantucket Athaneum, for whaling captains often paid their dues in light, with the finest kind of sperm whale head oil. But the Quaker captains's  monopoly on illumination was not to last.

Word of  Colonel  Drake's  rock- oil strike reached Britain even as Sir John Tyndall  was working on popular science lectures for good Victorian folk like these :
and fashioning optics of infra-red  transparent rock salt to measure how rock oil gases like CO2 and CH4 absorbed heat in the air, as he would relate in
Philosophical Transactions of the Royal Society 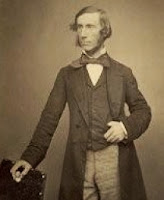 "Now if, as the above experiments indicate the chief influence be exercised by the aqueous vapour, every variation of this constituent  must produce a change of climate. Similar remarks would apply to the carbonic acid diffused through the air "  - JOHN TYNDALL FRS:
'On the absorption and radiation of heat by gases and vapours'

These being the historical facts, one wonders how ethical Victorian whalers could fail to denounce Colonel Drake for flooding global markets with unrenewable energy, and  capitalistic efforts to make lighting cheaper and worse by blighting Victorian skylines with mammoth coal gas works?  Back  issues  of  Nature Climate Change, The Manchester Guardian, and The Nantucket Inquirer&Mirror are strangely silent on this matter.
It is deplorable that the founders of the revered journal that today celebrates the works of Jared Diamond and Naomi Klein failed to denounce the evil dawn of fossil fuel.

The Nation's dereliction doomed a generation of Native American harpooners to unemployment by giving oxygen to Peak Whale propaganda by Big Rock Oil's minions in the press.
But the truth will out. Two centuries later, posterity, Pelosi and Podesta all demand to know:

How could the clear light of renewable whale oil have been eclipsed by evil-smelling kerosine if the The Nation's ostensibly abolitionist Republican publishers, including  Richard Nixon's Quaker forebears, were not on the take from Colonel Drake and the Franklin Stove Anthracite Trust ?

If The Nation had but warned them that rock oil changes everything, a press gang of Marblehead fisherman would surely have rowed up the Delaware just as their forefathers did to aid General Washington, and taken the rapscallion Colonel on a one-way Nantucket sleighride.