ONE ONE GIANT GOOSE STEP BACKWARDS 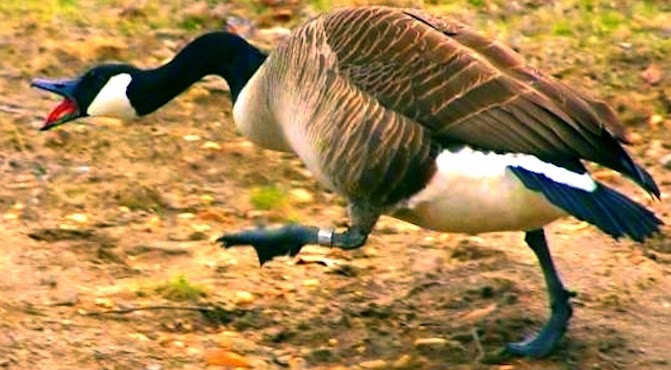 Watts has been gobsmacked to the moustache roots by a post that flew under his censors radar last Sunday.

"When you understand what Adolf Hitler is saying in the quote from “Mein Kampf” above, you realize how easy it was to create the political formula of Agenda 21 and the scientific formula of the IPCC."

Herr Doktor Ball waded  even deeper into the kultursmog this week with a gonzo attack on George Monbiot. 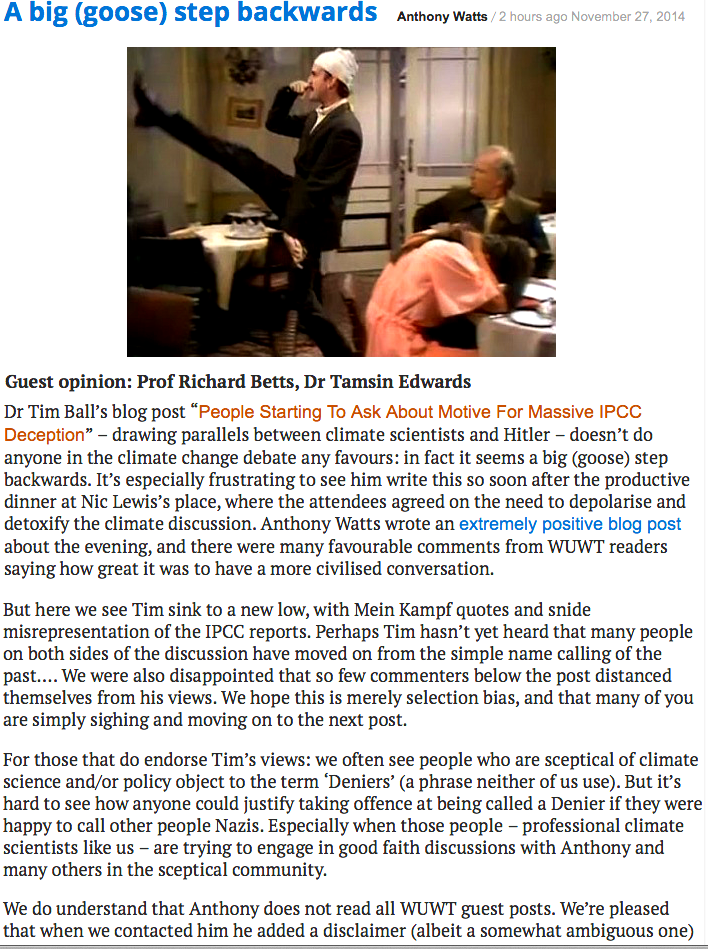 Somewhat ?  Ambiguous enough to send Tarsandinistas and The Tea Party rallying to Ball's warning that a Nazi Warmist conspiracy lies behind the Big Lie of radiative forcing:

Dr Ball, your article is appreciated. In my view, the comparison with Hitler is entirely apt.

Godwins law is an internet meme with no weight in logical argument. It is just another way for the politically correct to tell you to “shut up”.

“This post is entirely the opinion of Dr. Tim Ball”

Not really, I agree with him completely and so do lots of other people I know...This has always been political, not scientific. It does not make you a conspiracy theorist if you can see what is really happening here over time.

Tony B said :Many of us who are sceptical of the AGW meme (but not of constant climate change) are trying to build bridges, don’t think all climate scientists are dishonest or stupid... The AGW crowd are a very long way from that witness the cry for another £97m from the UK Met O when they know their models are useless.

Secondly, saying the crimascologist are not stupid implies they are deceitful for they must be supporting the more fraudulent members of their profession for this scam to have continued for soooo long.