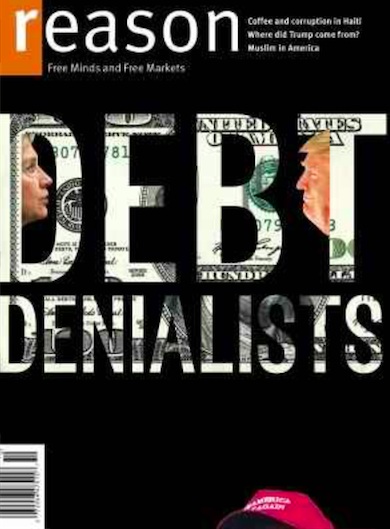 MATT  WELCH  ON  A  FISCAL  PROBLEM  ARISING
FROM  LONG  TERM  CLIMATE CHANGE
On September 6, in the wake of Hurricane Harvey (Irma and Maria had not yet hit), only three members of the House of Representatives—Justin Amash (R–Mich.), Andy Biggs (R–Ariz.), and Thomas Massie (R–Ky.)—voted against spending $8 billion on hurricane victims because the bill did not include offsetting cuts. That compares to the 179 Republicans and one Democrat who voted against a $60 billion aid package after Superstorm Sandy back in January 2013.